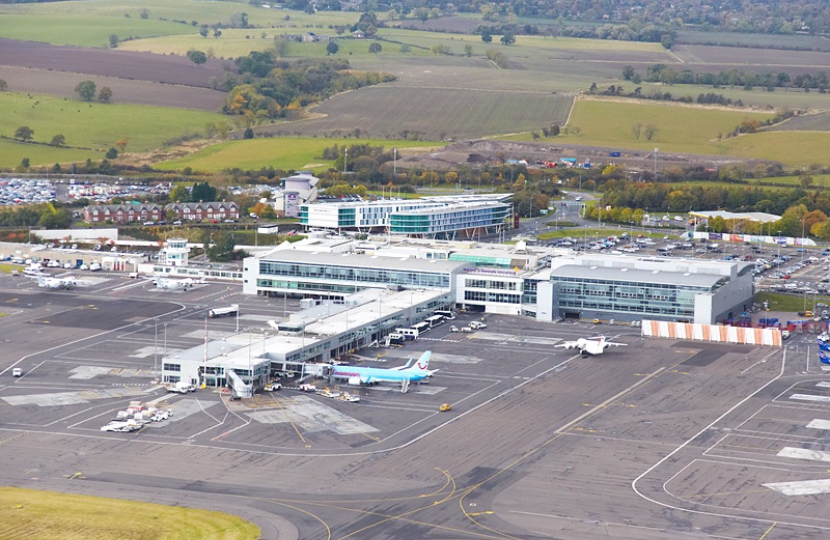 Stephen Bates, Conservative Parliamentary candidate for Newcastle North was very impressed with Newcastle Airport on a formal visit there this week. Stephen Bates heard about the great work the airport is doing for the region's economy from Planning & Corporate Affairs Director Graeme Mason. Stephen was particularly impressed with the deal with Emirates which sees a Boeing 777 in and out of our airport every day and also the new service through United Airlines to New York. Stephen Bates said "as a critical part of our region's infrastructure and economy, I am delighted to see the airport in such safe hands"